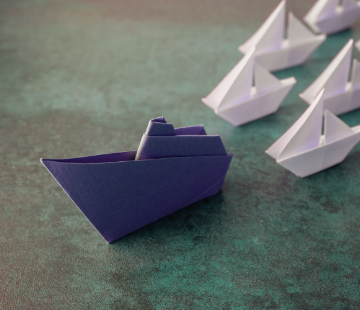 In my capacity as Vice Chair for the ASIS Crisis Management and Business Continuity Community, I recently wrote the above noted article providing some baseline guidance for crisis managers. One of the many benefits of being an ASIS member is immediate access to such featured content. For those of you who are not yet ASIS members, I have provided a PDF copy of the entire article and the following excerpt.

Enjoy, plan now for crisis, and be safe!

For Crisis Managers, to say “times have changed” would be a gross understatement. A 2018 global Deloitte study found nearly 90% of polled organisations were confident in their organisation’s ability to deal with a corporate scandal, yet only 17% had tested that assumption through a simulation exercise. The following year, Price Waterhouse Cooper’s Annual Global CEO survey found that nearly 60% of respondents said they were “extremely” or “somewhat concerned” about their readiness to respond to a crisis.

If we have learned anything from Covid-19, it should be that no one is immune to crisis and that you better have a robust crisis management program & supporting plan if you wish to survive. Hopefully, this is a lesson that is now fully appreciated by organisations from the Board level, C-suite, and all the way to the front-line crisis management practitioner. The attached tip sheet highlights industry crisis management themes and some basic guidelines towards defining crisis.

When Defining a Crisis, Context Matters

It is important to note that context plays a huge role in what one organisation might label a crisis compared to another. For example, putting out a fire for most of us would be a crisis; yet a fire
department would likely see this as core business. The terms emergency, disruptive event, incident, resilience, and business continuity are increasingly common vernacular in contemporary business discussions, but is there a precise way to define?

“An abnormal and unstable situation that threatens the organization’s strategic objectives,
reputation or viability.”

Forward-thinking organisations that adhere to modern risk management principles will attempt to
anticipate and prepare for known disruptive events that affect their industry. For example, every year many businesses based in the Caribbean region prepare for tropical storm season. This notion of predictability would categorize tropical storms in the Caribbean as incidents. They occur cyclically with known mitigation measures and response mechanisms. A crisis is far more unique in nature and offers a far greater challenge to an organisation where traditional responses may not address the impact(s) of the disruptive event.

How Will it Impact Us?

Impact is another criterion for consideration. Staying with our climate theme, a Category 5 hurricane such as Maria in 2017 would clearly be a crisis. The devastating impact of the hurricane spread across the Caribbean and hampered the responses by organisations and governments. Furthermore, Hurricane Maria occurred immediately after Hurricane Irma had already ripped through the region. The complexities generated by these two climate events place them clearly in the crisis space.

However, some disruptive events are so short lived that their impact never forces the affected
organisation into crisis management mode. Imagine a fire in the laundry area of large hotel chain that is extinguished within minutes of being noticed. Obviously, a fire in a hotel could have devastating impact, yet well trained personnel may react right away following practised emergency procedures and the incident might never evolve. If this same incident had been poorly handled due to lack of training, it could quickly become a crisis.

An organisation can also find itself in extended crisis mode by failing to recognize that an incident is impacting or has the potential to impact them. Lack of recognition can be attributed to many reasons including a lack of crisis management experience, a hope that the incident will resolve on its own, or the corporate culture of the organisation, to name a few.

One criterion for crisis that has emerged in the last 20 years is the impact of media scrutiny. For example, in the ‘70s and ‘80s an organisation could discretely manage a situation where a senior
executive was accused of unsavoury behaviour. However, the velocity of today’s global media turns any behaviour linked to ethical and social issues into headline news faster than most organisations can respond. In some cases, it is the media that “alerts” an organisation that they may have an issue. What may have been a classic HR incident can now quickly become a reputational crisis in a matter of minutes, highlighting the importance of effective crisis communication response as part of a wider crisis management program.

The entire article can be found here! 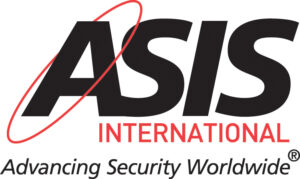